The Danger of Pre-emptive Strikes

With tensions already running high on the Korean peninsula, many American policy-makers and advisers are talking tough.

Now historian Jeremi Suri has weighed in, arguing in an op-ed in the New York Times that “the Korean crisis has now become a strategic threat to America’s core national interests.” Suri, Professor of History at the University of Texas at Austin, provides a recommendation on how best to handle this crisis: “The best option is to destroy the North Korean missile on the ground before it is launched. The United States should use a precise airstrike to render the missile and its mobile launcher inoperable.” 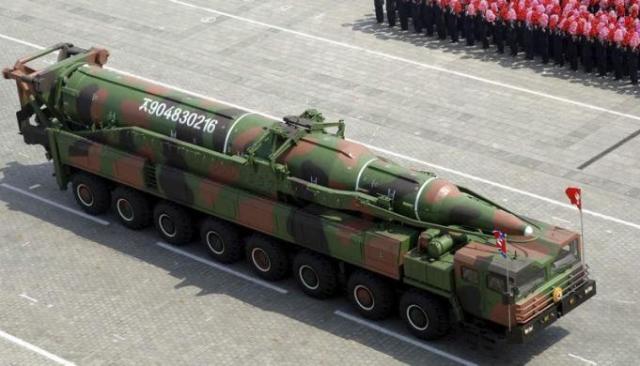 The legal justifications for pre-emptive strikes under international law are weak and highly contested, however. There are certainly numerous historical precedents for pre-emptive strikes, including the United States invasion of Iraq in 2003, the Israeli airstrike on the Osirak nuclear reactor in Iraq in 1981, the Six-Day War of 1967.

Pre-emptive strikes are extremely risky, since they often fail to achieve their objectives or produce unintended consequences. The 2003 invasion of Iraq succeeded in toppling Saddam Hussein’s regime, but produced a serious civil conflict that continues today.

King Charles IX and his advisers launched a pre-emptive strike to destroy the leadership of the Huguenot nobility gathered in Paris in August 1572, but the resulting Saint Bartholomew’s Day Massacre gravely damaged the monarch’s reputation, reignited religious warfare across France, and deepened animosities between French Catholics and Calvinists for decades.

A decade later, another Valois king launched another pre-emptive strike in France. King Henri III ordered his bodyguard to assassinate the duc de Guise and the cardinal de Guise, the leaders of the Catholic League, during a meeting of the Estates-General at Blois in 1588. The assassinations provoked outrage by devout Catholics throughout France. A year later, Henri III would be killed by a Catholic Leaguer assassin.

In the seventeenth century, King Louis XIV launched an invasion of the Netherlands in 1672, intending to deliver a knockout blows against his Dutch rivals. The pre-emptive strike failed when the Dutch opened dikes and flooded the countryside, leading to a protracted war. Again in 1688, Louis XIV attempted a pre-emptive strike, but France ended up embroiled in a Nine Years’ War. Historian John A. Lynn refers to the “phantom of the short war” to describe the illusion that a quick military strike can eliminate an enemy or deliver a knockout blow. Lynn argues that “again and again, Louis naively accepted the promise of a short war.”

The German offensive on Belgium and France in 1914 can be considered a pre-emptive strike which failed to deliver a quick victory. Instead, a French counter-offensive blunted the invasion, ultimately leading to prolonged entrenchments and a brutal war of attrition.

Before committing to a pre-emptive military strike against North Korea, American policy-makers should carefully consider the chimera of the short war.

The historical, military, and legal literature on pre-emptive strikes and the laws of war is vast, so I cannot provide a full bibliography here.

For the material on Louis XIV’s wars, see: John A. Lynn, “A Quest for Glory: The Formation of Strategy under Louis XIV, 1661-1715,” in The Making of Strategy: Rulers, States, and War, ed. Williamson Murray, MacGregor Knox, and Alvin Bernstein (Cambridge: Cambridge University Press, 1994), 178-204.

Northern Illinois University students in History will be interested in examining the historical cases cited in the policy debates on the current Korean crisis.

1 Response to The Danger of Pre-emptive Strikes