The Mental Health Benefits of Reading

Reading is often seen as an educational pursuit and an enjoyable habit. Now, neurological research suggests that reading has demonstrable benefits for mental health.

A recent neurological study of 294 people found that “reading books, writing and engaging in other similar brain-stimulating activities slows down cognitive decline in old age, independent of common age-related neurodegenerative diseases. In particular, people who participated in mentally stimulating activities over their lifetimes, both in young, middle and old age, had a slower rate of decline in memory and other mental capacities than those who did not,” according to an article in Smithsonian Magazine.

Those subjects who read actively had markedly fewer memory problems, the study found. The study’s abstract concludes: “More frequent cognitive activity across the life span has an association with slower late-life cognitive decline that is independent of common neuropathologic conditions, consistent with the cognitive reserve hypothesis.”

The Smithsonian Magazine explains the mental health benefits of reading: “Reading gives our brains a workout because comprehending text requires more mental energy than, for example, processing an image on a television screen. Reading exercises our working memory, which actively processes and stores new information as it comes. Eventually, that information gets transferred into long-term memory, where our understanding of any given material deepens. Writing can be likened to practice: the more we rehearse the perfect squat, the better our form becomes, tightening all the right muscles. Writing helps us consolidate new information for the times we may need to recall it, which boosts our memory skills.”

Somehow, I imagine that Saint Augustine would not be surprised by these findings. 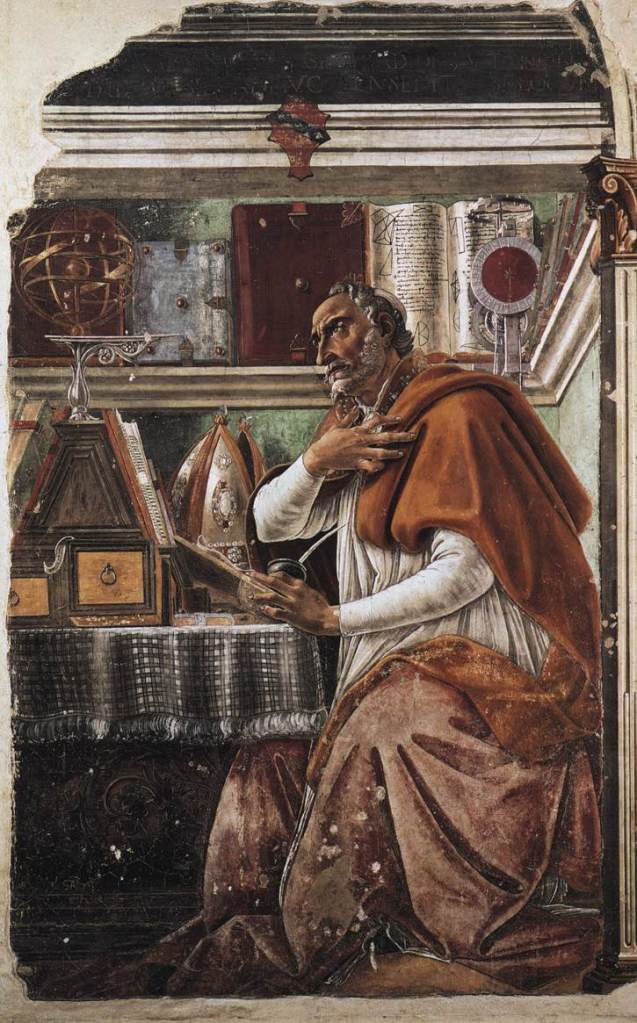 This study is published in Neurology (this site requires a subscription login). The Smithsonian Magazine reports on the study.

This entry was posted in Education Policy, History of Medicine, History of Science, Humanities Education, Information Management. Bookmark the permalink.