The Bill & Melinda Gates Foundation has enormous influence on universities and colleges  in the United States and it is seeking to fundamentally transform higher education. According to the Chronicle of Higher Education, “the foundation wants nothing less than to overhaul higher education, changing how it is delivered, financed, and regulated.” 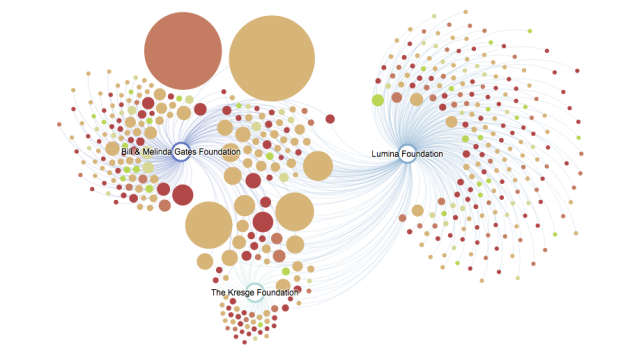 “The U.S. Department of Education recently allowed Southern New Hampshire to become the first university eligible to award federal aid for a program untethered from the credit hour, the time-based unit that underlies courses and degrees. The move, wrote one advocate, ‘could signal a new era for higher education,'” according to the Chronicle of Higher Education.

“The Bill & Melinda Gates Foundation, at $36-billion the world’s largest private grant-making foundation, has done much to orchestrate that new era. Its largess and sway helped get Southern New Hampshire’s program off the ground, supported a key think-tank report that advocated moving beyond the credit hour, and helped persuade a risk-averse Education Department to open federal coffers to competency-based education.”

Gates claims to be motivated to transform higher education with the aim of “getting more students to and through college, in an effort to lift more Americans out of poverty.”

This is certainly a noble goal. However, his business and technology interests in changing the American higher education system also seem clear. Gates endlessly promotes the benefits of computer technology and sees faculty members and university curricula as traditional and antiquated.

The Chronicle of Higher Education provides a critical report on the Gates Foundation and its influence on higher education.

This entry was posted in Education Policy, Humanities Education. Bookmark the permalink.