Historical Commemorations of the Vietnam War

The Vietnam War simply will not fade away.

This week, an op-ed in the New York Times compared the US military action against the Islamic State (IS) in Syria to the US escalation of involvement in the Vietnam War in the mid-1960s. A number of letters to the editor have questioned whether or not this comparison between the Syrian Civil War and the Vietnam War is appropriate.

Vietnam has been used as a metaphor to describe almost every major war waged since the American withdrawal from that conflict. Analyses of the Iraq War and Afghan War often evoke the specter of the Vietnam War. 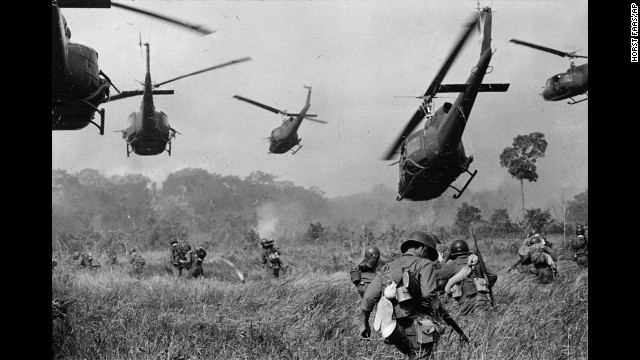 The looming 50th anniversary of the American intervention in the Vietnam War in 1965 is now triggering new controversies over whether or not (and how) to commemorate the war. The United States Department of Defense (DOD) is currently organizing its own commemorations of US involvement in the Vietnam War, which are already generating considerable controversy.

The New York Times indicates: “Now the Pentagon — run by a Vietnam veteran, Defense Secretary Chuck Hagel — is planning a 50th anniversary commemoration of the Vietnam War. The effort, which is expected to cost taxpayers nearly $15 million by the end of this fiscal year, is intended to honor veterans and, its website says, ‘provide the American public with historically accurate materials’ suitable for use in schools.”

The DOD has already launched a website ahead of the commemorations. “But the extensive website, which has been up for months, largely describes a war of valor and honor that would be unrecognizable to many of the Americans who fought in and against it,” according to The New York Times.

Many veterans, active military personnel, anti-war activists, politicians, and teachers are critical of the website and the planned commemorations.

Historians are also weighing in on the DOD’s presentation of the Vietnam War. The New York Times reports that “Leading Vietnam historians complain that it focuses on dozens of medal-winning soldiers while giving scant mention to mistakes by generals and the years of violent protests and anguished debate at home.”

This entry was posted in Civilians and Refugees in War, Historiography and Social Theory, Museums and Historical Memory, War, Culture, and Society. Bookmark the permalink.