The Antichrist and Apocalyptic Thinking Today

Posted on January 9, 2019 by briansandberg

Apocalyptic thinking is alive and well in today’s world. The Patriarch of the Russian Orthodox Church has ignited controversy by prognosticating that the Antichrist will use the internet to gain control of humanity.

The BBC reports on the Patriarch’s apocalyptic thinking. “Speaking to Russian state TV, Patriarch Kirill said smartphone users should be careful when using the ‘worldwide web of gadgets’ because it represented ‘an opportunity to gain global control over mankind.'” 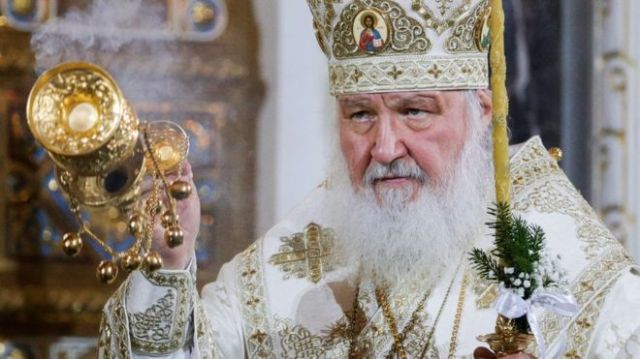 The Patriarch claimed that “The Antichrist is the person who will be at the head of the worldwide web, controlling all of humankind.”

Processes of secularization are relatively weak in many regions and the entire secularization narrative has been challenged over the past several decades.

Although news media have focused heavily on religious violence in the Muslim world in the 2000s and 2010s, we should remember that religious conflicts have arguably intensified since the 1990s. The breakup of Yugoslavia and the Bosnia War fueled religious violence, ethnic cleansing, and massacres.

The resurgence of Orthodox religiosity in areas of the former Soviet Union following the Fall of the Berlin Wall has encouraged new forms of religious politics in Russia, Ukraine, and Central Asia.

Religious politics is also contributing to the conflict between Ukraine and Russia and schism in Orthodox Christianity. The BBC reports that “On Saturday, the Orthodox Church of Ukraine split from the Russian Church following centuries of Russian leadership, formalising a decision announced in October. The move sparked a furious response in Moscow and deepened a split in the world wide Orthodox Church.”

Undergraduate students in my course on European Wars of Religion, 1520s-1660s, consider apocalyptic thinking through Andrew Cunningham and Ole Peter Grell’s Four Horsemen of the Apocalypse and articles on radical preaching and prognostication in early modern Europe.